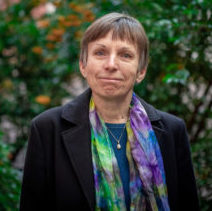 Jana Straková received her MSc. in physics from Faculty of Mathematics and Physics of Charles University in Prague, and her Ph.D. in education from Masaryk University in Brno. In 2016 she received habilitation in the field of education at the Faculty of Education at the Charles University. She is currently employed at the Institute for Research and Development of Education at Charles University in Prague, where she co-operates on the Czech Longitudinal Study in Education: she is responsible for the data collection in the pre-school cohort. In 1990s and early 2000s, Jana Straková was responsible for co-ordination of most of the international large-scale assessment surveys in education carried out in the Czech Republic (IEA studies and OECD PISA), and served in several international boards, related to these studies. In 2009-2013, she co-ordinated the Czech implementation of the OECD Programme for the International Assessment of Adult Competencies.

Her main research interests are assessment of students´ knowledge and skills, and educational inequalities in primary and secondary education. She is also engaged in educational research leading to recommendations for education policy. In 2006 – 2010, she served as an advisor to the ministers of education. In 2008 – 2009, she chaired an expert team that evaluated the implementation of the Czech Educational White Paper. In 2009-2011, she co-ordinated the Czech implementation of the OECD projects Evaluation and Assessment Frameworks for Improving School Outcomes, and Overcoming School Failure: Policies that work. She compiled several reports for the European Commission in the area of education inequalities, as well as evaluation and assessment in education in the Czech Republic.